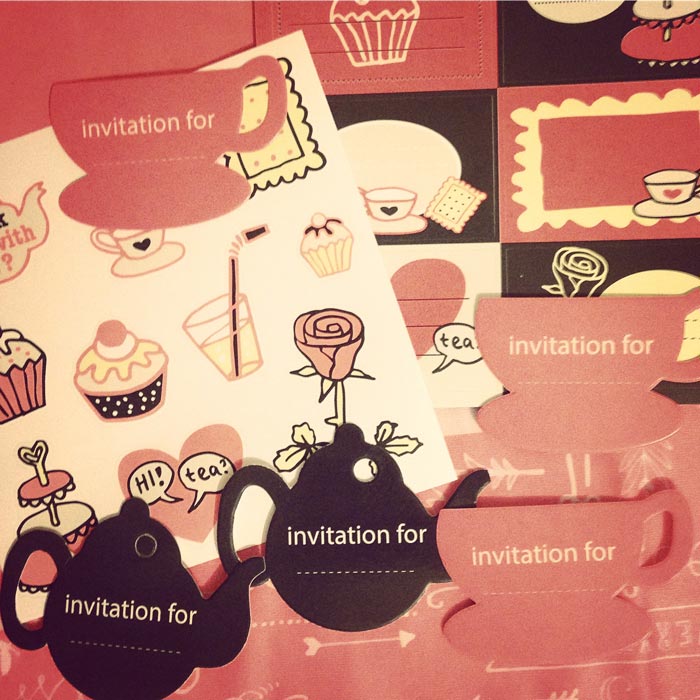 The NoShow Phenomenon – what is it and why does it matter?

This week you wouldn’t have been able to go anywhere without seeing the faintly ridiculous story of a mother threatening to take parents to the small claims court for £15.95 because their son didn’t turn up to her son’s birthday party. I’m not going to get into that story in depth but it did make me think of a conversation I had with my sister just a few days earlier about something I’m calling the NoShow Phenomenon.

The NoShow Phenomenon is a new problem and I’m laying the blame at the feet of modern technology. I love technology and it’s improved our lives in so many ways but it’s made us ruder too [Check out Babycakes Romero’s Death of Conversation for more].

It’s been a while since I organised a party or got a big group of friends together  but noshows have happened to me too: people who text you once the party has already started to say they won’t make it because [insert lame excuse] or who don’t turn up and don’t say anything at all. But I’m writing this post because of the number of people in my social circle I’ve spoken to recently who have stories to tell about noshows: a birthday invitation made two months in advance and a cancellation on the day; A new year’s eve party where nine people cancel hours before the party is due to kick off; A wedding reception with 20 noshows. The list goes on.

So why are we behaving like this? Before mobile phones if you didn’t turn up for a night out or weren’t there to meet everyone at the restaurant you would give your friends reason to worry. They wouldn’t have an explanation nor a way to reach you and your noshow would cause a lot of trouble.

There will have always been events that people didn’t want to go to but felt obliged to attend, but social media and instant messaging have made them so easy to get out of that our bad manners have been normalised. What we forget is that events we’re dreading rarely turn out to be as bad as we expect. In a similar way to forcing yourself off the sofa and out for that jog (we’re still in new  year’s resolution peak time after all) making yourself leave the house and join in can be good for you and more fun than you think. And if you consistently don’t want to join in? Stop saying yes just to save your friend’s feelings because they’ll be a lot more hurt when you eventually become a noshow. A few “no’s” and they’ll soon learn that an afternoon of zorbing just isn’t your thing.

I suspect that noshows are more likely to be the people who don’t organise things themselves and haven’t been on the receiving end. In some of the tales I listed the host went to no small amount of trouble.  And what made some of the noshows especially bad was the sheer number of people who dropped out. An unavoidable good reason is fair, but there are so many people who let their friends down telling themselves “I’m just not in the mood. And besides everyone else’ll be there so it won’t matter that I’m not”. For the NYE party my friend had bought a lot of food and drink ready to make everyone a delicious three course meal. How much time and money had she put aside to make her guests feel welcome?

In some ways it’s easy to think that noshows help to remind you of who really cares. But I think it proves more than that: how much of a sense of personal responsibility and empathy people possess.

While technology has made it easier to cancel on people at the last-minute I do think it’s also to blame for causing the problem in the first place: a lazy invite asks for a lazy cancellation. Each of the cancellations I named (and I’ve heard of so many more) was invited in different ways: in person, by post and over Facebook. There wasn’t a correlation between how they were invited and whether or not they cancelled but I think a lot of invites count for less these days. Mass-clicking 300 of your friends on Facebook has made invitations easier and less time-consuming but far less personal. Do you really want all 300 there? Well they want to be there about as much as you want them to attend. An impersonal Facebook invite is forced on you in a public way with very little thought as to whether you want to be there in the first place. But phoning someone up, texting someone individually, asking them in person or posting an invitation – all of these have that personal touch that says “You. I want you to be there” which makes those noshows especially disappointing.

In some of these stories there are people who had good reasons to not attend and that’s always going to be the case: illness, family problems, disaster at home. They’re unavoidable but they’re not actually the reason for a lot of noshows.

I have to plead guilty to this too. I’m bad at getting back to people [20+ unread Facebook messages will attest to that] so this post isn’t a blame game from on high, but rather something to think about. Do you have an outstanding invitation winking at you from your inbox? Sitting with your post? Do you want to go? Have to go? Think about it now: when the day rolls up and you’re still sitting all cosy at home, vegging out, are you going to pick yourself up, get dressed and head out? Or will you lean over, pick up your phone and start tapping “OMG, so sorry…”. Save someone that disappointment and commit now because you’re either going or you’re not and deep down you probably already know the outcome.