posted in Feminist Fact Friday on 1 February 2019 by Susi 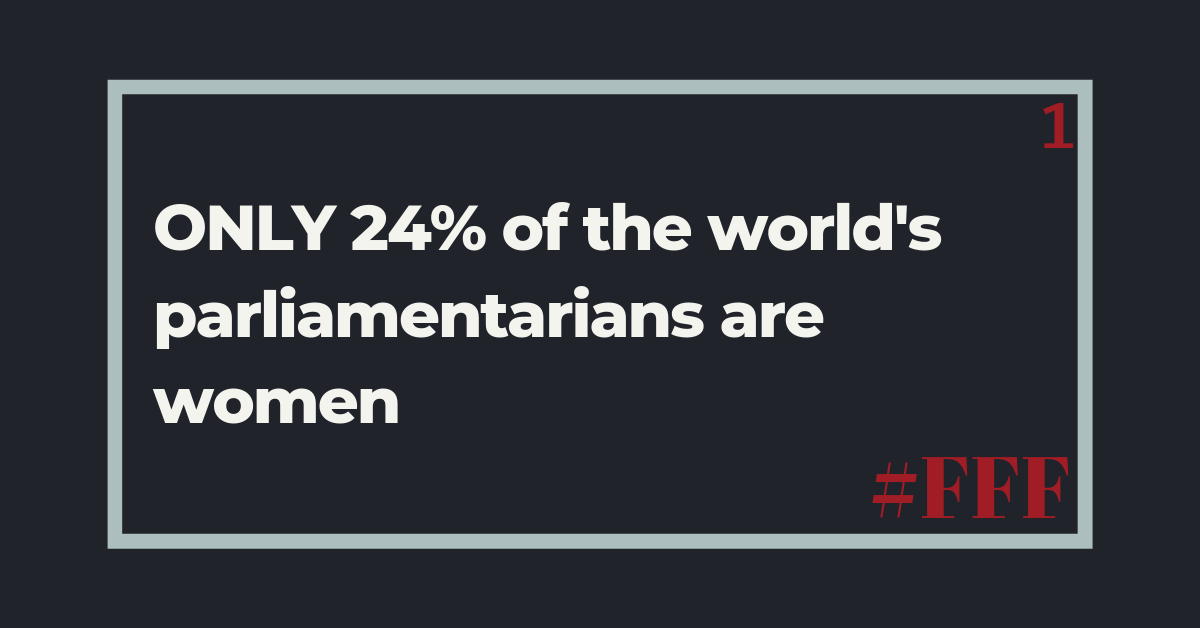 Women are still treated as secondary issues. It is still far too easy and accepted for leaders to ignore uncomfortable truths. Women, we know, are the first to be affected by war, and the last to be taken into account when it ends

Angelina Jolie speaking at Women In The World in 2015

According to UN Women, across the world only 24% of all national parliamentarians were women (as of December 2018).

Of course we need to look to improve our own state of affairs (more on that in the coming weeks), but that doesn’t mean forgetting the rest of the world. Decisions in other countries affect us – through war, famine, human rights abuses – and we don’t live in isolation.

And for the beginners in the room, why is it important to achieve gender parity (I mean, it’s never a bad thing to go back to basics, right?)? Because:

Numerous studies have demonstrated that female legislators are more likely than their male counterparts to sponsor “women’s issue” bills such as education, child-care, and family health legislation.

And for anyone struggling at this point: why is it important to legislate on women’s issues? Because women are 51% of the population – and usually the half that’s being ignored.

So what can you do about it?

We’re more closely connected than ever before. Your activism and your actions will resonate in other countries, so even if you just start small, start!

If we don’t all contribute then equality really will take as long as the World Economic Forum estimates, and I don’t know about you but I really don’t fancy waiting that long.

The most challenging gender gaps to close are the economic and political empowerment dimensions, which will take 202 and 107 years to close respectively.

Here are some quick (and not so quick), but important wins:

What is Feminist Fact Friday?

Read up on what this is all about in my Introduction to #FFF.